On Saturday night Finland travel to Bosnia & Herzegovina’s 4th largest city Zenica, looking to cement their place in the qualification spots of Group J. In their way are a Bosnia Herzegovina side currently sitting 46th in FIFA’s rankings but who are struggling to contain a royal mess. Kick off at the Stadion Bilino Polje is 19:00.

Joukkue: The Finland squad has only one change from the squad that faced Greece and Italy in September. Long term injury absentee Joel Pohjanpalo returns to the fold, although a lack of competitive game time at Bayer Leverkusen is likely to limit his role this time out, captain Tim Sparv returns from suspension. Lassi Lappalainen dropped out at the last minute with a strain, the in-form Montreal Impact winger will not be replaced. With 3 goals in his last 5 games Simon Skrabb is arguably the “form player” heading into the tie, though his involvement under Kanerva could be best described as intermittent. Form aside, Jasse Tuominen showed good energy and appetite against Greece and Italy, and is likely to continue to partner with Pukki up front, dropping into midfield often. In these kinds of games Kanerva has a history of going for the result, so it’s likely we’ll see a Huuhkaja side built for a scoreless or low scoring draw. With 5 points between Finland and the hosts and four games left, any result would likely end hopes of qualification for the Balkan side. 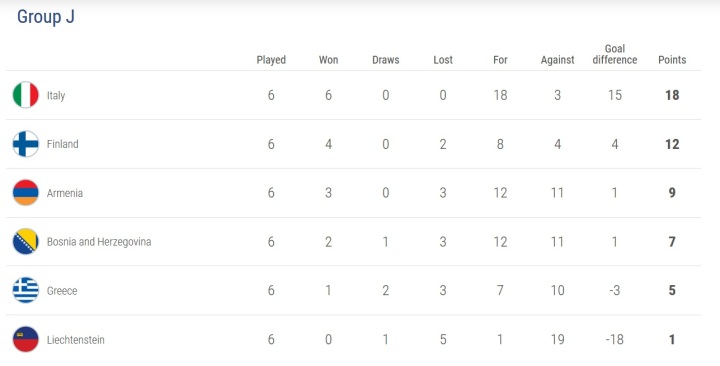 Opponents: Edin Dzeko, all 58 international goals of him, will definitely miss out due to injury while former premier league goalkeeper Asimir Begovic, is also out. After a 4-2 defeat away to Armenia last time out, head coach Robert Prosinicki resigned stating he had failed to motivate his players. 24 hours later, the BiH FA asked the former Real Madrid legend to reconsider and see out his contract until the end of the qualifying campaign. Hopes are not high in the Balkans, injuries, the managerial mess and recent form mean that 24 hours before kick off the Bilino Polje stadium has sold roughly half the seats of its 15,000 seat capacity. Prosinicki has at his disposal maybe one or two real quality players. Juve’s dynamo Miralem Pjanic in midfield, Arsenal’s Saed Kolasinac in defense and a couple of players that have potential like AC Milan youngster Rade Krunic or Dinamo Zagreb winger Amer Gojak. Without their main star though, the hosts will struggle up top. The Dragons have been playing quite narrow in recent matches, either a direct 4-3-3 or something similar to the Christmas Tree, 4-3-2-1. Expect the hosts to try and keep the ball as much as they can, and work their way into the box. In that respect the return of Sparv and an in form Kamara may allow Finland to break effectively as they did in the reverse fixture back in June.